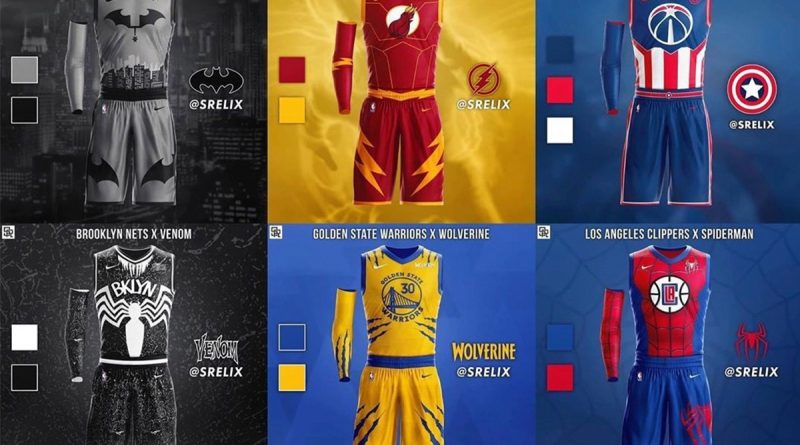 Probably a lot of you don’t know the man that exploded last week on Internet when ESPN, some NBA Teams social accounts and even Ryan Reynolds shared his work on Instagram.

We’re talking about SRELIX, who made a great work combining NBA Jerseys with Superheroes. With a busy schedule with all this buzz now, he found time to talk with us.

Here is the full interview:

NBA Portugal – How did SRELIX started and how did you choose that name?

SRELIX – I started SRELIX about 4 years ago. Originally, my Instagram account was designated to be for my gaming YouTube channel, as a way to connect with fans. In fact, YouTube was how I started graphic designing in the first place! As a YouTuber, I needed to design channel art and thumbnails for all of my videos. I didn’t want to pay other people to make them for me, so I learned how to do it myself. After a while, I started getting out of touch with YouTube, and became more and more interested into graphic design. I explored the limitless possibilities of Photoshop through designing sports artwork, and then somewhere along the way, I started getting into jersey designs. That pretty much leads me to where I am today! Also, when I first got an Xbox, my first random generated username was staidrelic35. This was my Instagram username for a while, but when my page started transforming to more of a serious graphic design page, I rebranded as SRELIX (a shortened version of my original name). However, it doesn’t really mean anything, it’s just a unique name!

NBA PT – What kind of products you provide?

SRELIX – Unfortunately, I don’t produce any of the designs I create, as they are only concepts. All of my AirPod, controller, and jersey concepts can’t be produced due to copyright laws. However, I have designed multiple jerseys for individuals and companies looking to purchase an original jersey design for their sports teams. I’ve also designed basketball courts, logos, posters, and more for clients!

NBA PT – How did you come to the idea of combine NBA Jerseys and Superheroes? And about the gamepads/NBA Teams combination?

SRELIX – I’m a huge fan of superhero movies. The Avengers movie franchise has to be one of my favorite franchises of all time, with the Guardians of the Galaxy movies coming at a close second. I thought it would be fun to try to create a mashup between two of my strongest interests – basketball and superheroes, so I tried it one day and it received a lot of love! Through designing all of my jerseys, I discovered a lot of less well-known superheroes such as Blue Beetle, which was super cool. Not only am I a fan of basketball and superhero movies, but also gaming! Sometimes in my free time, I enjoy playing video games such as Destiny 2. That’s where I drew the inspiration to design gaming controller concepts. A lot of people that are fans of the NBA also play a lot of video games, such as NBA 2K20, so I thought that the designs would appeal to a lot of people.

NBA PT – Since your work was published last week on ESPN, NBA Teams as Spurs, Pacers shared on their social media. Even Ryan Reynolds regarding The Bulls/Deadpool jersey! How did you find out? Did someone told you?

SRELIX – I found out myself, through notifications on Instagram. Everything was happening within a matter of hours and it was hard to keep up, but every time I got a huge repost, the excitement I felt was crazy! Everything all sort of peaked when I saw Ryan Reynold’s story mention, it was definitely one of the most unexpected things to ever happen to me. A lot of people were surprised to see all of these reposts too and were messaging me everywhere making sure I knew. The support was amazing!

NBA PT – Did you receive, from NBA Teams/players, any message giving a shoutout to you? Kind to share one of them?

NBA PT – You already combined a lot of NBA Jerseys with Superheroes, which one was the most difficult to make and why?

SRELIX – This a hard but very good question. I would say, one of the most difficult ones was my LA Clippers x Spiderman jersey. It looks very simple on the surface, but it was a lot of work to create the texture/pattern on the jersey to resemble Spiderman’s suit yet still fit the shape of the jersey itself. However, this turned out to be one of my favorite jerseys out of all the ones I designed, so it was worth it!

NBA PT – Since you make products NBA related, I assume that you follow the League. What’s your favorite team and player?

SRELIX – You’re right, I’m a huge NBA fan! My favorite team is the Golden State Warriors, I was born in San Francisco and was exposed to basketball at a very early age. It’s unfortunate how hard they fell this year, but after KD left and injuries plaguing the team, it was bound to happen. Funny thing is, my favorite player is Kevin Durant himself! Living in Seattle, WA, it’s hard not to wish we still had the Seattle Sonics in town. Ever since KD was drafted by the Sonics, I’ve loved watching him play through his time in OKC and GSW. Excited to see what he does with the Nets!

NBA PT – Regarding the pandemic and the possibility of NBA to resume, do you feel that they should try to play to find a champion?

SRELIX – Obviously, health and safety is paramount to anything else. Although I would gladly like to see them play to find a champion, I would only be happy about this if everyone’s health was properly protected. In a time like this, I feel like any possible options would pose some sort of risk, so it’s hard to say if there’s anything that would guarantee full safety. I trust the NBA to make the right decision in putting the safety of their players first, and if it does resume, I’ll have confidence that they’ll be doing it in the safest way possible.

NBA PT – If they comeback, there are some news about a new model for the playoffs. Would you keep the original model, change it to the 1-16 without looking to conferences or make group stages like the Soccer World Cup?

SRELIX – This is pretty interesting news. I would like the NBA to take this opportunity to try a new playoff model out, since everything is already different as it is. If playoffs happen this year, it will go down in history as one that stands out, so I feel like there’s no harm in testing out a new playoff model to see how it works out. Changing it to 1-16 without looking at the conferences would definitely be an interesting model, as it eliminates any controversy regarding unbalanced conferences.

NBA PT – In case we’ve some basketball teams/players reading this and interested to contact you, where can they reach you and check some of your works?

SRELIX – If you’re interested in doing any business with me, you can feel free to shoot me an email at srelix@srelix.com or DM me on Instagram @srelix! You guys can check out my full portfolio on www.behance.net/srelix, or on my website www.srelix.com. 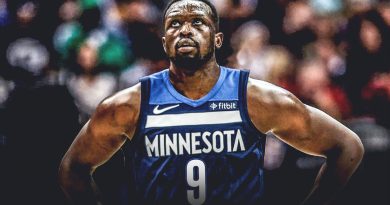 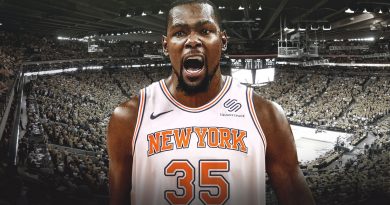 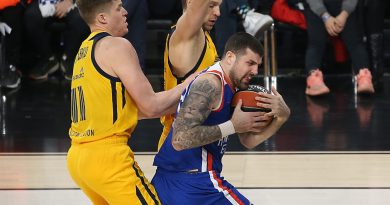 One thought on “From Anonymity to the NBA”