The first MVP in the Skoiy league was Taneka Rubin from Guifões SC. The North American stood out in the match against CB Queluz, where she recorded 28 points, 15 rebounds and 3 steals.

How did it come about to move to Guifões?

I got signed to Guifões through my connection with Europrobasket in Valencia, Spain. I liked the idea of playing in North Portugal, so I decided to come.

How has been the return to Portugal?

I’m enjoying it so far. Portugal is beautiful. Two years ago I played in Lisbon for Carnide, so I’m familiar with the culture and language. I like living near the water, so Guifões is much better for me. Also, our club is like a family, so that helps a lot too.

What are your personal goals for this season?

I told myself I want to be more consistent all around. The first time I was in this league two years ago my confidence wasn’t where it needed to be. I have something to prove to myself, and it starts with me being consistent in every game.

So far, what is your opinion about the Portuguese league?

I like it. It’s great competition and it’s a great place to get your career started if you play well.

What is the team expectation this season?

We’re expecting to get into the playoffs and compete. We have a young team and we have some goals to improve on both the offensive and defensive side. We have the potential to do very well if we improve on those things. Our coach has put in some good plays to capitalize on what we have this year. I like our chances.

Is there a particular significance to your jersey number (32)?

Yes. It’s been my number since I was a little girl. My dad played with 32 in American football and my brother did as well. I just decided to stick with it.

Do you have a pregame ritual that you do before every game?

Who are your favourite players?

I’m a huge fan of Sue Bird. I appreciate how she’s been able to have longevity in her career by taking care of her body and playing with a veteran’s pace. I respect the same thing about Lebron James. Longevity is a sign of self-discipline.

What has basketball taught you that carries over into the other areas of your life?

So so much! I can’t even put it all into one answer. Most recently I’ve learned that basketball has taught me mastery. I’ve spent most of my life learning to master the game, and I’ve realized that mastery is a skill. If you can focus in on something long enough to master it, then you can be successful in anything you decide to do. Most athletes have an advantage because of that.

What advice has a coach given you that you’ll always remember?

Coach Rashad from Florida A&M University told me, “Talk to yourself, don’t listen to yourself.” He was basically saying when things are difficult, I shouldn’t listen to the negative voice that’s in my head. Instead, I can speak positivity into the atmosphere. That’s been life-changing advice for me when things go wrong.

What are the most challenging parts of basketball for you? Why?

It’s always challenging when you’re on a losing streak. Because then the team has to work much harder to keep the morale of everyone up. It’s great when a team can turn it around, but in the moment it’s pretty challenging.

What advise could you give to someone wanting to play basketball?

Work hard and don’t give up. It sounds like generic advice, but success in anything follows the person who refuses to give up.

What would you be doing if you weren’t spending time with basketball?

Hmmm maybe I’d be running my own gym or maybe I’d be traveling the world trying food from every country, who knows!

Message for all basketball fans:

Thank you to basketball fans everywhere. You all are so important to the sports community. Especially now as the pandemic challenges how we normally play our sport. 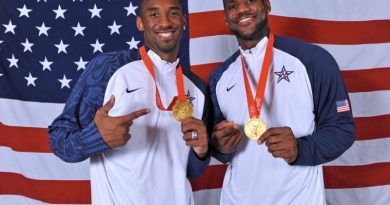 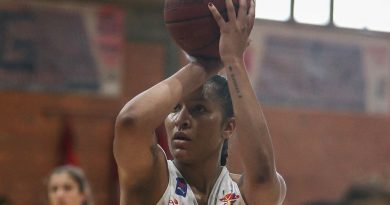 Nike McClure, MVP on the fourth round of the portuguese league